No One Cares If You Succeed or Fail: Why I Walked 500 Miles... Barefoot 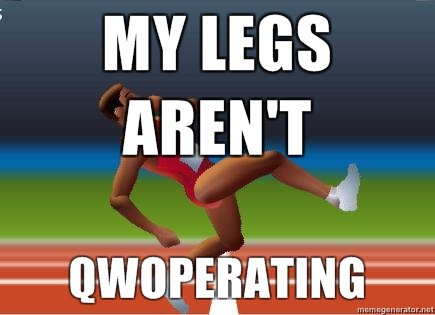 There are some lessons you can learn from the comfort of your couch— maybe watching a great video on Youtube or chatting with friends.

But there are other lessons that come hard.Â Here is one of them. But first, some background.

My girlfriend and I just walked 800 kilometers (500 miles) along the Camino de Santiago in Spain, a 1000-year-old pilgrimage route. We did it in Vibram Fivefinger shoes– basically barefoot— on gravel, dirt road, and pavement. 35 days is what it took to complete.

In case you’re wondering, walking 6-8 hours a day across gravel, pavement, and dirt roads for a month hurts— sometimes, it hurts a fucking lot.

Some people were on beaches for their vacations, but we started Day 1 with a 4,500 foot climb up the Pyrenees. Other days involved walking 20 miles in the cold, rain and mud. Yet others were on blistering plateaus with no shade for up to 6 hours at a time. A casual stroll, this was not.

Why would someone choose to do this? Maybe, like John F. Kennedy famously said, we want to do them “because they are hard.” Maybe we are trying to prove to ourselves that we can do it, or to have an amazing experience. We all have our reasons. Some are more insane than others.

There are also some paths that you can get off of. Others, you can’t. You’re midway through and you want to finish, at all cost. You’re hurt and cynical and part of you wants to quit, but the other part of you wants it more than ever.

Why are we doing these things, anyway? Is it for approval? Do you want to be famous? Do you think that if you just get a little bigger or do something cooler, everything will be great and everyone will love you? Then you’re going to get extremely disappointed by life.

No one actually cares whether you succeed or not.

Chris and I were talking the other day about marathons. Finishing means excited fans throwing Gatorade on your head or whatever. They’re excited and they cheer you on and hand you protein bars. They give you a little medal. Maybe you stand on a pedestal or something. You feel briefly invincible.

Most finish lines are not like this at all. Not a single person is waiting there to cheer you to the end. No one will change their vision of who you are. No one will love you more– in fact, if they do, run away, because that’s probably not a great person.

Midway through our 800km trip, we had this realization. Doing hard things for the approval or love of others is stupid. No one can understand, much less relate, to these kinds of things.

Only those that do it have a way of understanding. We heard this from our fellow walkers who had done it before. You would get back, people would listen, but no one could truly get it. The more marginal the experience, the more normal this is.

To fight this, they say, you get together with those that have done the same. Only then can you relate. Other people just nod their heads and say “cool,” then move on to talking about the Royal Couple or something.

It’s like being in a time warp. You get back home and, for them, nothing happened.

At first, this is depressing. “I did this epic thing and no one really cares.” But it isn’t that they don’t care at all– it’s that there’s no way for them to understand the epicness of the experience. The experience is unique and spans a week, a month, a year, or whatever, and it can’t be distilled into one sentence.Â It’s like a joke. You had to be there.

You should be grateful for this.

We are in a mass media culture where everything is broadcast for everyone to see. Often, we actually advocate doing so– but there are other things we can’t relate to at all, that can never be presented in a mass media fashion.

This means there’s a chance the experience may be truly different.

But if no one can relate,Â what does that mean? Well, to others it means that it doesn’t matter whether you’ve done it at all. It also doesn’t matter to them if you succeed or not. They won’t think of you differently.

Basically, you should stop doing stuff to impress people.

There’s no point in doing anything except for the value of the experience itself.

I’ve seen the same with regards to accolades, such as the phrase New York Times bestseller being attached to your name. People nod, there’s sometimes a brief acknowledgement, and then nothing. It might advance your career or something, but not much else. It’s not like people will like you for it if you’re an asshole. On a personal level, it changes nothing.

Yet people continue to search for professional success, or epic experiences, in order to extinguish their crushing inferiority complexes. But this is stupid and it doesn’t work.

True respect doesn’t come from accolades, so don’t try to get it there. Try being awesome to each other instead. (I swear to God that should be a blog post. Maybe I’ll do it.)

We don’t need followers. We need leaders who will bring us where we need to go. In other words…

Change the world or go the fuck home.

I was hanging out with a couple from France yesterday who just moved to Montreal. They were seriously bewildered at how easy it is to change careers in Canada/America. In France, you don’t have that. when you choose what you’re going to study, that’s what you do for the rest of your life.

Imagine an 18 year old deciding for you, at your age, what you’re going to do. It’s insane. I’m about to turn 32, so let me tell you, I’d like to change my mind from time to time. But these French people can’t do that– their education defines their career path.

Some things cannot be reversed. If you’re lost in the woods, as I was one day last month (long story), there really is no choice.Â The only way out is to goÂ through, and that’s a very bad thing. No exit strategy, no way to quit. You have to continue forward until you’re done. This is very depressing.

All of us are on quests in one form or another. Some can be quit, while others cannot.

If you’re on the path to something you’re pretty sure you don’t want to be doing, may I suggest you fucking stop immediately?Â Because you are wasting your life.

You will die, no one will care, or even know, about all the suffering you went through. The money you’ve accumulated will go to ungrateful descendants who never suffered and it’ll all have been for nothing.

So you have two options. Double down or get the fuck out.

How to take control of your life again

Option 1. Due to my infinite wisdom, you have now gratefully decided you need to get the hell out of your current situation. You’ve decided it’s pointless and that you’re going to die anyway, so you might as well make a difference in this world or at least be happy on your current path.

Congratulations. It’s time to double down.

A personal anecdote here might help. I recently realized (more like “accepted”) that it is possible that I have “a voice.” People have been telling me this for a long time, but I never really took it seriously before. Now I accept it, and I’m happy about it. Naturally, it also means I have to work way the hell harder than I did before since I’ve decided it’s something I actually want to do. I’ve decided to double down.Â How?

Well, in order to practice painting, many artists copy Old Masters drawings to help them understand what these great painters did. (It’s actually quite common practice.) So, my first act of insanity is inspired by Hunter S. Thompson. As he once did once a long time ago, I will open up Moby Dick for the first time, go to the first page, and procede to copy the entire book word for word.

This, of course, is totally ridiculous, perhaps pointless or insane. I agree. But like a month of walking 800km, there is no way to understand the experience but to walk it. And I am willing to waste a month doing this, if that’s what it takes. Even if it’s pointless.

You will need a personal act of insanity. If you’re going to continue and become the best in the world, you must have one. You must prove yourself to the mountain withÂ a sacrifice. And this is the time.

Option 2. Congratulations on quitting the useless shit in your life. As Seth Godin once said in The Dip, if you’re not going to be the best in the world, get the hell out. Glad we agree. It’s time to admit you are wrong and quit.

Most of the problem with cutting your ties lies in loss aversion, and nothing more. We have so much trouble because we think that if we break up our long-term relationship, or quit our shit job, we’ll never find anyone again. This is totally nuts, but we believe it anyway.

We think we’re lucky, not smart.

We have a feeling that this is as good as it gets.

I think that’s the difference. That’s something you need to believe in order to quit and still have your self-esteem with you. You need to realize that it’s a quest, and that quitting the things that don’t matter will give you vision and a better sense of context.

But for now, it was hard. Really hard. There’s absolutely no way for me to explain that to people– and I’m fine with that.

The same should be true with you. Do epic shit. Quit the mundane. Do it for yourself, and let people be confused. Who cares.

Prove yourself to the world, and eventually, the rest will fall into place.

Filed by at 8:02 am under direction, projects, taking action, travel