We need Dungeon Masters for the real world 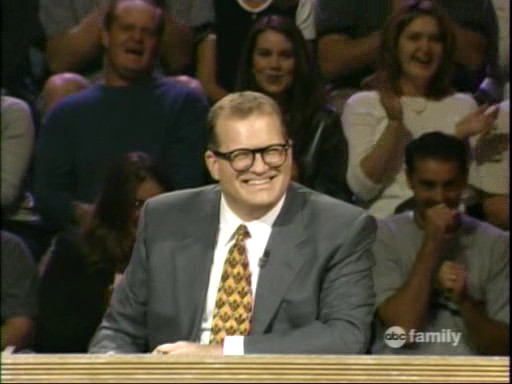 Games are useful. Games are fun. Yet, somehow,Â gamification itself has become the butt of almost every internet joke I’ve heard recently.

It isn’t because games aren’t useful. They are and they can change the world. It’s because gamification is being wasted on the most useless, time wasting crap I’ve ever seen.

Because of this, I feel that gamification is perhaps the most offensive thing to hit the internet in the past couple of years. I will attempt to explain why in the next few paragraphs, hopefully inspiring you, the reader or game designer, to do something better with games than more foursquare logins, Farmville XP, or any other nonsense you are currently hoping to ensnare your users with.

First, my qualifications: I have been a player of video games, RPGs, city-wide games of tag, iPhone games, and more for almost my entire life. But more importantly, I have been a D&D Dungeon Master (â„¢) for over 20 years. In this, I am an eternal student, but I have hopefully developed some sense of what makes things fun, and why people keep coming back. So I am “qualified” to talk about games, as absurd as that statement should be.

Are you a gamer? Are you a game designer? Are you currently designing bullshit badges for users that don’t give a fuck, or worse, that they care so much they’re ignoring real life? In that case, I have a clarion call I hope you will hear.

Stop trying to make games better. They are fine. It’s life that is broken. Start fixing that.

Our schools are broken. They churn out people with little initiative who can’t find jobs anyway. The system is no longer levelling people up properly.

Rewards are being disproportionately placed in the wrong hands. Our smartest people go into banking because they receive massive compensation and no downside. They are the min-maxers, the munchkins of our world; they have found the loopholes and been led down the wrong path because of it.

Occupy Wall Street is full of people who want the game world to work better. But no one is fixing it because they’re too busy on their own personal World of Warcraft. This is bullshit and it’s killing us.

Our games are rigged in the wrong direction. This is so obvious is needs no further argument, so I will move on to people that are doing it correctly, and what further steps we can take to solve this.

There are people whose understanding of games is helping real life in small ways– helping understand behaviour and guiding it towards more useful things. Chore Wars or my friend Kyle’s company High Score House is an example. They help people do better at the thing they suck at most right now– life.

Yet the majority of our institutions are broken, giving us no way to get better at the things that matter most. We are natural pattern recognition machines that get very good at understanding and hacking simple systems, so when we’re given a new job, we immediately figure out how much we can slack off, for example, the same way we know how to get a good report card by doing the smallest amount of work possible.

We are naturally detecting which games matter and which don’t– and we are figuring out that most of our life is the fundamental equivalent of gold farming. It’s pointless and it’s fucking sad.

FACT. No one has a fundamental method for teaching people what matters in life and what does not. No one knows how to teach people what the important games are, and how to win at them. Most people on the internet are still buying bullshit $47 make-money-online programs, time and time again, or spending time trying to vote their dog up on cleverly designed marketing campaigns. (Even I’m guilty of this.)

Very few people are doing this for doing something that’s fundamentally good.

No one is systematically guiding people through the dungeon of life, intelligently and for free. Everyone is trying to turn gamification into the thing that helps keep their website stickier. It’s disgusting.

However, there is a culture out there, one that has survived for a long time, in which people are designing games and running people through them, for free. These people take hours, sometimes dozens of hours out of their weeks in order to help their friends have fun. This culture is largely non-profit and runs like Wikipedia. Most attempts to monetize this audience fail because they just want to help their friends have fun.

These people are role-players and the people who design for their world: Dungeon Masters. But even they spent their time in imaginary worlds, making fun stuff for their friends, yet mostly sit on the sidelines in helping to make a difference in their community around them.

The reason this is important is because it proves that there is an initiative in human beings to design things for their friends, to help them enjoy themselves week after week.

But if there are people who do this around the world, everywhere in every language, for free, why are those who are trying to improve the game of the real world relegated to its backwaters, with social workers, teachers, and after-school program leaders being paid nothing, given no social status or benefits?

We need actual mentors, but backed by systems that we know function well because of our experimentation inside of the game systems we have come to know and love.

We already know that some people want and love to teach others, but their systems are broken.Â Gamers understand how to create and fix system.

Gamers love to create mazes and run people through them, but the points don’t matter. We need to put them in a place where what they do makes a real difference.

What we need are Dungeon Masters for the real world.

Edit: Let me give you an idea of what I mean. The world is filled with systems that children need to go through in order to level up. They are fundamental and easy and everyone knows them.

Swimming: Most people who learn how to swim learn wrong and couldn’t save themselves in a bad situation if they tried. This is a fundamental skill that has a curriculum, but is no longer serving people properly.

Math: Math is a basic set of skills that everyone needs. They’re given it in school and yet many people can no longer do calculations in their head, if they ever could. Another life skill that people are lacking yet don’t know they need.

Here are skills I’d be more than happy to learn from a qualified person in a game environment.

In a game world, you start with something easy, and you learn as you go on. You gain experience points, and you progress along a pre-set path that will eventually guide you to be able to get through the next level, use your skills in a better way, etc.

Some people have succeeded at this, but most have not. It is those that have had some success in life (whatever form it takes) whose job it is to design the game for those yet to come.

Filed by at 9:04 am under clear thinking

31 Responses to “We need Dungeon Masters for the real world”