We have seen the enemy 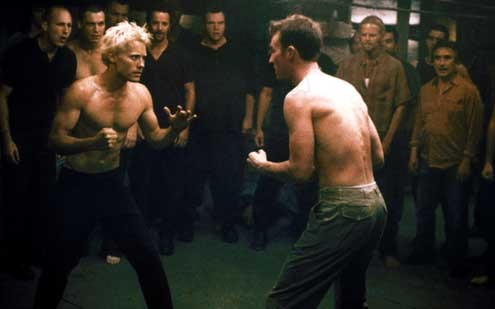 I spent the last three days in New York at Tools of Change, a book conference, talking with people in the publishing industry. I did this mostly in bars, which are the places you are most likely to hear the truth, especially late at night.

Only now, back home, do I realize: On the web, we have technology change what we do all the time. But other industries are not used to being threatened by it- having their whole business models be devoured by it.

Perfect example: The Kindle 2 is out, and it reads books out to you. “Sounds great,” you may say. But the Author’s Guild of America disagrees. It calls the technology illegal, a breach of copyright law. Follow the link to understand why this is insane, in case it isn’t clear.

Now, let’s say you and I are running a company on the web, and this happens to us: Google demolishes our business model, somehow. Would we resort to lawsuits? I suspect I would just roll over and go “ok, time to do something else,” because we knew this time would come, right?

We expect it to happen because we’ve adjusted to the rate of change of the modern world. It’s expected. But technology has not always done this to business; only recently is it starting to be felt, and companies are resorting to their usual tactics. But this time the enemy can’t be fought that way, because it isn’t another company. It’s something else.

Their enemy is progress.

Filed by at 1:03 am under business

10 Responses to “We have seen the enemy”