Read This Now: 5 Books That Can Change Your Life

They’re not about social media– they’re not even about the internet.

These books really can change you… if you let them. That means do what they say, even if it seems silly, even if you think you know better. Give one of them a shot, or order them all from Amazon, then learn how to read more to get through them. 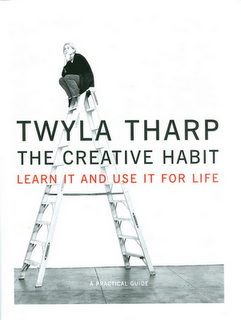 I found out about The Creative Habit from my friend Madeline when I lived in Texas. Twyla Tharp is an award-winning choreographer who dispenses with the myth of creativity to show you how to actually do it yourself. She talks about her methods, her habits, and the hard work it actually takes to get it done.

What’s amazing about this book is how approachable she makes the whole thing. When you start to see that it’s habits that actually build a successful life, you start to consider how to structure your life in the same way.

I’ve gifted this book to multiple people through Amazon just because they seemed to need it at the time. Pick it up for yourself. You’ll be happy you did.

It’s Not How Good You Are… 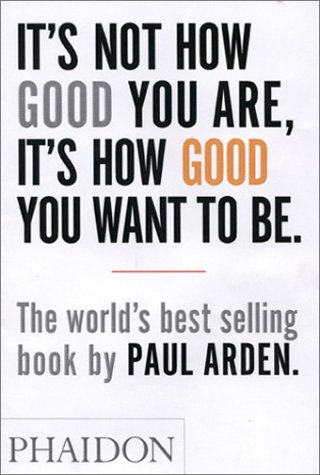 The world’s bestselling book by Paul Arden. It’s about balls.

Something tells me that if you don’t have balls, this book won’t make you grow them. But if you have some, Paul Arden’s book will make you use them.

The feeling I have about being capable of more, of being able to do better than where I am right now, I learned that from Paul Arden. A few times a year, ever since I first bought this book, I feel an itch that only this book will help scratch. I read it and, inevitably, it puts me in a good place. If you need a pep talk, this is the book for you.

The Greatest Salesman in the World 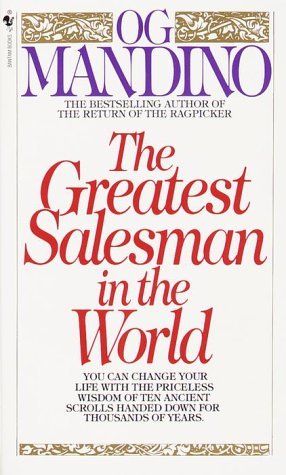 When I picked it up, I expected this book to be another self help book. In some ways, it is. In other, it’s exactly the opposite. Og Mandino says at the beginning of it, “I will form good habits and become their slave,” because he knows whatever you do every day is what you become.

There are some religious undertones to this book. They didn’t impress me but I didn’t mind them, either. The core of the book could be explained by reading the Wikipedia entry (if you’re into that sort of thing), but that’s not what I suggest. Instead, actually read it. Maybe often. 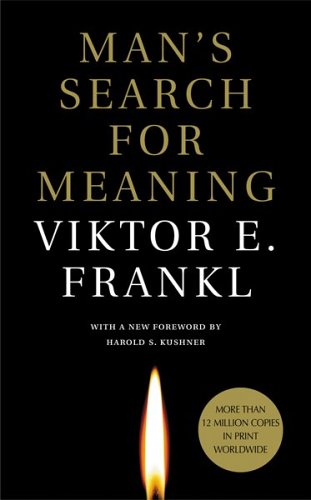 “Between stimulus and response there is a space. In that space is our power to choose our response. In our response lies our growth and our freedom.”

So I looked through my archives and I’ve talked about this book before, but I thought it was time to bring it out again. Frankl talks about how prisoners in his concentration camp died not when their body gave way, but when their minds did, instead. It’s amazing to hear these stories, despite how horrible they are. They make you believe in the human spirit.

I don’t even really know what else to say about it, but you should read this book. It might be one of mankind’s most important texts. 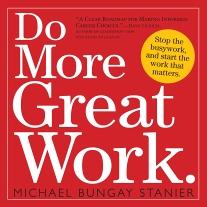 Let’s end this with something a bit more recent. I’m actually not done Do More Great Work, but I’ve been loving the hell out of it. It forces me to pause and really consider what I want, and how I can get there.

Do you feel like you’re capable of more, but you’re unclear as to how to get there (or even where you’re heading)? Michael is the guy to help you through it, and this book is how. Run, don’t walk to pick it up.

What books are on your list? Add them below.

Filed by at 12:57 pm under book review, challenge

19 Responses to “Read This Now: 5 Books That Can Change Your Life”