A Quick but Important Primer on Becoming a Douchebag 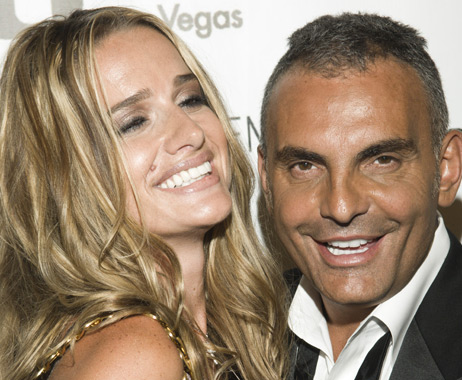 We all know him. We’ve all seen him.

He roams malls and beaches. He is on our televisions and movie screens.

He’s everywhere, and he is multiplying.

This primer, dear reader, is here to help you understand why douchebags (aka assholes, yuppies, self-promoters, or pretty much anything else you don’t like) always get the girl, the job, the money, the book deal, and why you, dear reader, do not.

That’s right. There is a potential you, another version if you will, that gets all this cool shit. He or she is better known than you, has a better job, and in pretty much every respect his life is better than yours.

Except one– everyone hates him.

Why do we hate the douche? Because he is a loud asshole? I am going to hazard a guess that NO, that is not why.

If he were just a loud asshole, there would not be a problem.

The problem with the douche is it that he is high up, when we are low. He gets girls and we do not, while on the cover of some magazine (or something), when we sit here working hard for no appreciation. That, dear reader, is the problem.

That is why we need to deconstruct the douche.

Is it the spray-tan? Because he is a suck-up? Could it be because he randomly starts fights in bars or his love of Scarface? Goddammit, it could be anything. This is going to be hard.

But stay with me, because I am convinced that there is a place, a lovely middle path, where you can take on a few qualities of the douchebag, while still retaining some of the vestiges of your precious old world morality.

As a result, you get what you want, like the douche, but without the need for Ed Hardy or any of his other markers of lack of taste that go with it.

How does that sound? Good? Cool, let’s move on.

But wait! Old world morality? Yes. They are based on a Pride and Prejudice-like ideal that respects being demure and modest as positives when there are no rewards for doing so.

Elizabeth Bennet and her sisters are only given that respect, you’ll notice, because they are being written about in a novel in the first place. Otherwise, no one would care about them. They would vanish, like many demure and modest men and women before them, because they thought people would be able to read their mind and see how awesome they are.

In other words, because they are idiots.

This is calledÂ checkout-aisle syndrome, and it’sÂ an important misunderstanding of how the world works. This includes things like waiting your turn, as well as believing that you are special and should be treated differently, but doing nothing about it.

This is the kind of attitude that leads to you being the last wolf in the pack to be allowed to eat.

Yes, the douchebag is basically eating your lunch. I know, I think it’s sad too. But this will keep happening unless we figure out why the douche is getting all this stuff we want.Â We need to figure this shit out right now.

Why does the douche gets dates?

Well, that’s easy. He walks up to them. Go to a bar and watch this happen. They hype each other up and say she wants you bro, or get drunk enough that they just go up and talk to them. So they go to bat more often than you, that’s why.

Why does he wear stupid clothing?

Why does he gets promoted?

He gets the boss’ attention. He raises his hand when asked. He has the balls to tell the boss that he can do the job better than anyone even though it may not be true.

Why does the douche get TV shows?

He does stupid shit for attention. In other words, because the TV people know he exist, so he has a seat at the table. Not all of them get this high, but many more do than we think. Or, they start becoming douches because they have TV shows, that happens a lot too.

These are signals, dear sir or madam

… and they are all signals for the same thing. Confidence.

Girls like guys who are confident. If you are confident, you get dates. You also tell the boss you’re worthy of being promoted. People hear about your project more because you’re excited and sure of it (and yourself). All good things happen with faith in yourself. You get all of the good things in life.

Do douchebags do it too much? Sometimes, but not necessarily. Why?

The problem is thatÂ good people like yourself do not.

It’s time to bro the fuck up.

Put on some spray tan. The same muscles look better when tanned, so give your stuff a shine instead of just hoping thatÂ it’ll market itself.

Turn up the hype. Not all the way, but a little.

Do crazier shit. It’s possible that your shit is just straight up boring. Give it an edge.

Love yourself a little instead of being fucking embarrassed all the time.

But for God’s sake if you keep hoping that you’ll get more attention than douchebags, you are doing the whole world a disfavour and the good stuff you do will drown.

Assholes will always win if they can drown you out.

Maybe you should put your big girl panties on.

Maybe you should fucking ask someone to the dance already.

Yesterday, you said tomorrow. This means now. Get off your ass and deserve the attention. I am confident you can do it without being an asshole.

And as a fellow bro, please do your duty and tweet the shit out of this. Thanks.