â€¦ But the City You Live in Now Matters Too 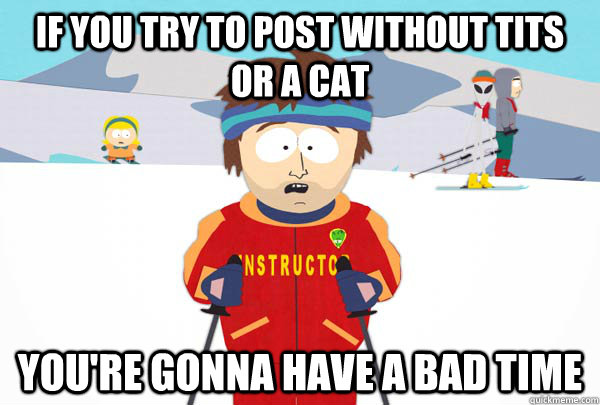 I mentioned a point during a past post that I kind of want to expand upon.

Where you live is not trivial– at all. Your environment is everything for you. It shapes you. It’s made you who you are, from the people you spend time with to the very streets you are driving in and walking on every day.

Your city affects your ambition. It influences your lifestyle. It shapes what you are impressed by, which directs what you make your life about. As Paul Graham has said, a city is like a river. It is going somewhere. If you do not move deliberately, you are just going to go wherever it leads you. If you do move, you better hope it’s not in the opposite direction, orÂ you are gonna have a bad time.

So basically, the city guides my direction and what happens to my company and the work I can do. Lucky me, I have a giant blog where I can talk about stuff, a huge network of people I can call upon, some credibility in the space, etc. But if I was a relative nobody, I would be relatively screwed. 🙂

Keep in mind that none of these things have to do with the quality of our company and idea, or the other people on our team or our traction, etc. All those things make the job comparatively harder or easier, depending. But we are looking at these sorts of ceilings, perhaps malleable ones, to what you can do.

This is sort of like the glass ceiling we hear about in the news: “the unseen, yet unbreakable barrier that keeps minorities and women from rising to the upper rungs of the corporate ladder, regardless of their qualifications or achievements.”

Eventually you hit up against these ceilings, and when you do, the worst part about it is that the ceilings areÂ invisible. Something you’re doing isn’t working, but worse, you just don’t know why. It is an unknown unknown.

I came across this with a startup CEO I was kind of informally advising a while back. Guy has a successful thing, it’s working super well, and he’s like “well, the Montreal guys have stepped up for X and Y amount” on the amount he’s raising for his company.

So I ask whether he has gone elsewhere and asked in other cities, and he’s like, “well, Torontoâ€¦” – with the impression being, not Boston, not New York, not San Francisco.

Right. This is the point at which I realize what our city’s main problem is. You see, cities are like families. When they work, they tend to work in the same way, but when they’re dysfunctional, they are all dysfunctional and broken in different ways. And Montreal is broken in the sense that this city believes it’s a big deal. When in reality, on a global scale, it is kind of a speck. People think what’s here is all that there is out there, and in this case, it’s supremely false.

This is what I mean by unknown unknowns. You don’t know what you’re missing out on because you are inside your own ecosystem, like a fish in water, not knowing anything about land or how that works. Except, unlike the fish, you can step out of your own water anytime. But most don’t.Â They stay.

They are vaguely aware of an outside ecosystem but they have never actually walked on land. This is actually worse because, in all senses, the map is not the territory and a false impression of what is required to succeed is worse than no sense at all.

Ok, now I’m ranting. Back to the thesis.

Technology as Walls to Innovation

So now we can look at, say, Silicon Valley and compare it to outside towns. I’m familiar with Canadian startups, and some French startups, and obviously American ones as well, and I can tell you immediately that, if you are not deep inside the ecosystem you are trying to affect, it’s going to be truly difficult to make something happen.

Let’s use the Hyperloop as an example. In case you were not aware, guys, this is where the future is going. Are you going to experience it? Or will you just read about it? Each one will affect what you are able to create.

Here’s another example: Google Fiber. This level of web access will transform what we can do. How? Only people who have it will know. Only they will have the ideas to make something that is based on it. Highly unlikely that someone conceiving of it in the abstract will know what to do with it.

Have you ever used TaskRabbit? What about Hotel Tonight, Lyft, or Circa? If you do not use any of the services of the present, than you will certainly not be able to imagine the future. (Disclosure: I’m an investor in Circa. Pretty proud of it too.)

How To Step Outside Your City

In order to win over the standards of your city, you must do things differently.

1. Behave differently than they do.Â Individuals inside of a city are obviously not identical, but they tend to have a pattern, reinforced by the goings-on in the city itself. Same way that a zombie doesn’t know it’s a zombie, most people don’t know their own pattern. So find it (the river I mentioned earlier) and go not againstÂ the grain, but across it.Â

2. Meet and interact with more people from elsewhere. Dave McClure (disclosure: he’s an investor in Breather) is great at this. He knows 500 Startups isn’t Y Combinator, so he doesn’t try to be Y Combinator. Instead of a Silicon Valley market, his market is the globe. 500 Startups isn’t the Yankees; it’s the Oakland A’s. A different technique to get an edge, in the same market, with less money and prestige.

3. Use geo-arbitrage to compete in another market. A great way to go across the grain of your own city is to directly compete with another city using your own advantage. For example. hiring Indian programmers remotely may be bad, but if you are actually in Bangalore, then it’s great. In Canada, government innovation credits, though they are nothing but the government buying jobs, can be quite effective at helping you compete– especially if you’re competing in a different market than Canada. Same with visas– it’s much easier to get them in Canada, and you can use that to your advantage.

4. Deliberately interaction with weird things.Â Do not use the typical services your city is used to. Almost everyone here seems to still read branded papers (La Presse, The Gazette, etc.) Ain’t nobody got time for that. Do it differently.

This post is getting long, so I just think I have to end it.

Conclusion is, you are going where your city is going. See the people around you, in this cafe you’re sitting at? You will become them unless you deliberately become something else.

Your decision. Make your move.