When I was young and played the accordion, I wanted to grow up and be the coolest accordion player alive, like Doctor Steel kind of is now. His music is kind of how I think nerd rap would sound if there were an accordion involved… which is to say, more intellectually interesting than traditionally good. Either way though, this dude looks damn cool. 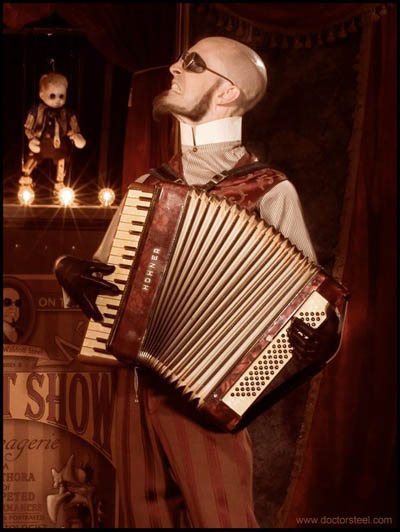 (P.S.: I grabbed the pic from riotclitshave, which always has great pics.)