I blow it on live TV? 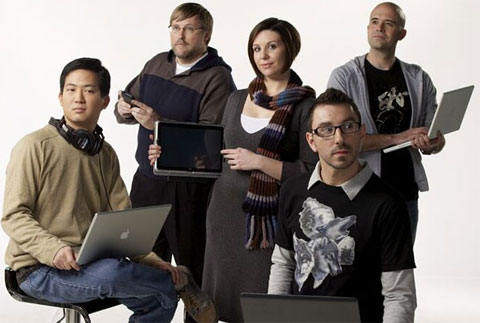 So I’m on this CBC show Test the Nation on January 20th. I’m really not sure what it’s about, but it’s with a ton of other bloggers including Amber Mac, Andy Nulman, and tons of others (there is, in fact, a whole blogger ‘team’). I imagine I’ll basically annihilate any chance of my team winning.

Anyway, it’s being filmed live, so I won’t get a chance to see it. If someone from Montreal could TiVo it or whatever, it would be awesome.

Update: Hugh McGuire would also like to inform you that he is also on the show. So there we go. So is Craig Silverman, for that matter, and we’ll probably get wasted while we’re there if he has anything to do with it. 🙂